Member artists will contribute art pieces in celebration of the 150 anniversary of the first woman’s vote cast in Utah and its ramifications.
NOW SHOWING 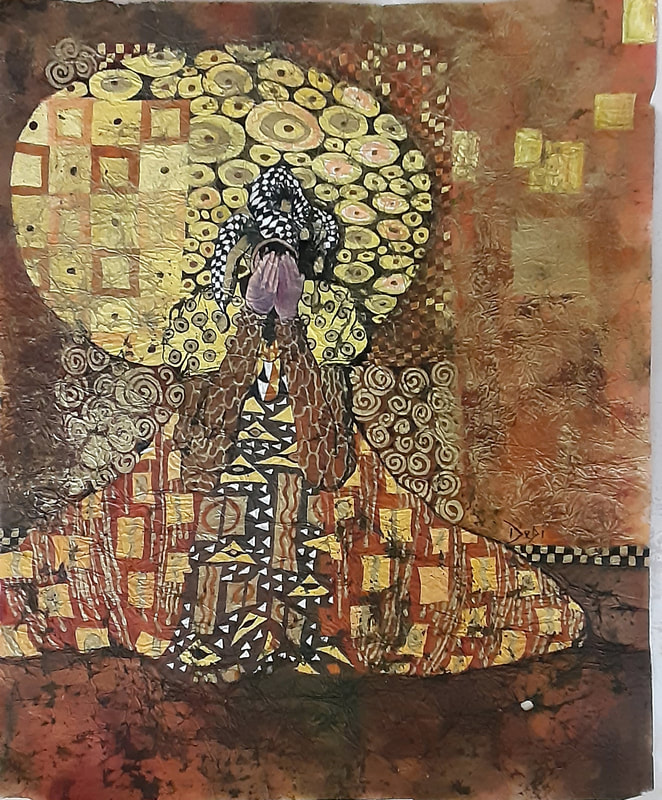 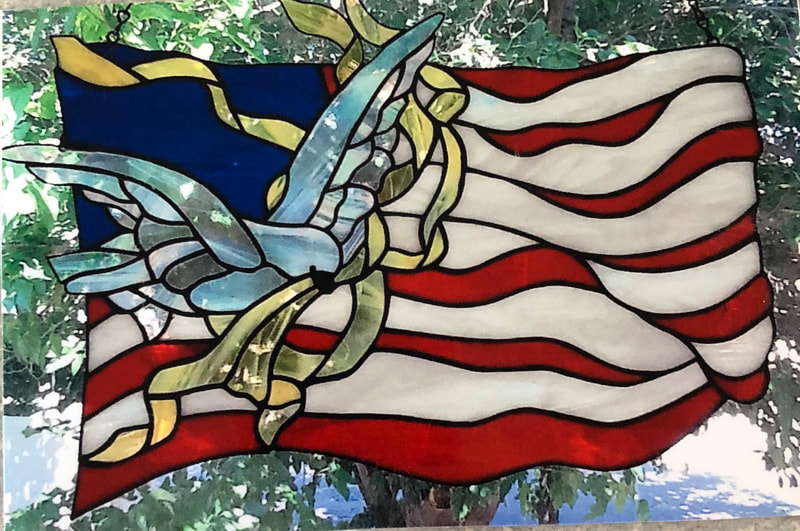 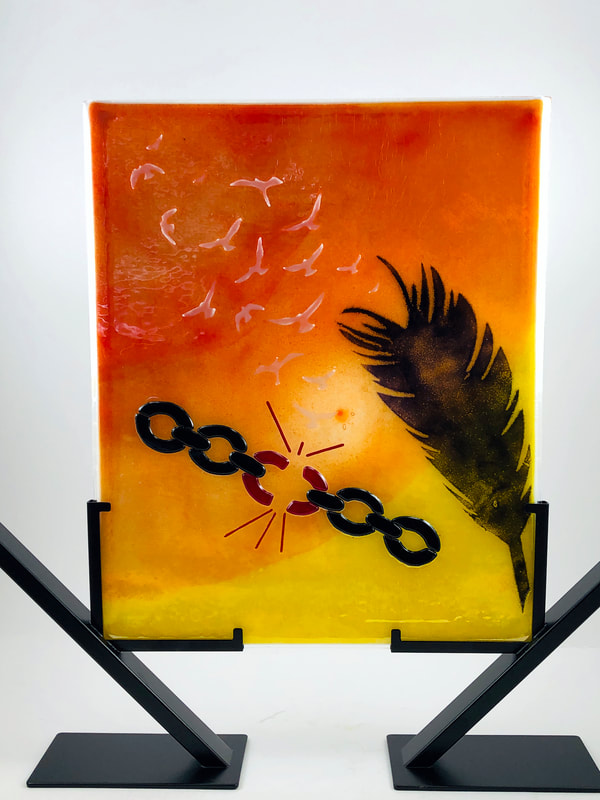 HOPE
Our county has been built on the hope for equality
justice and freedom for all people.
Everything that is done in this world is done by hope.
(Martin Luther)
Christine Garr
Everything Glass 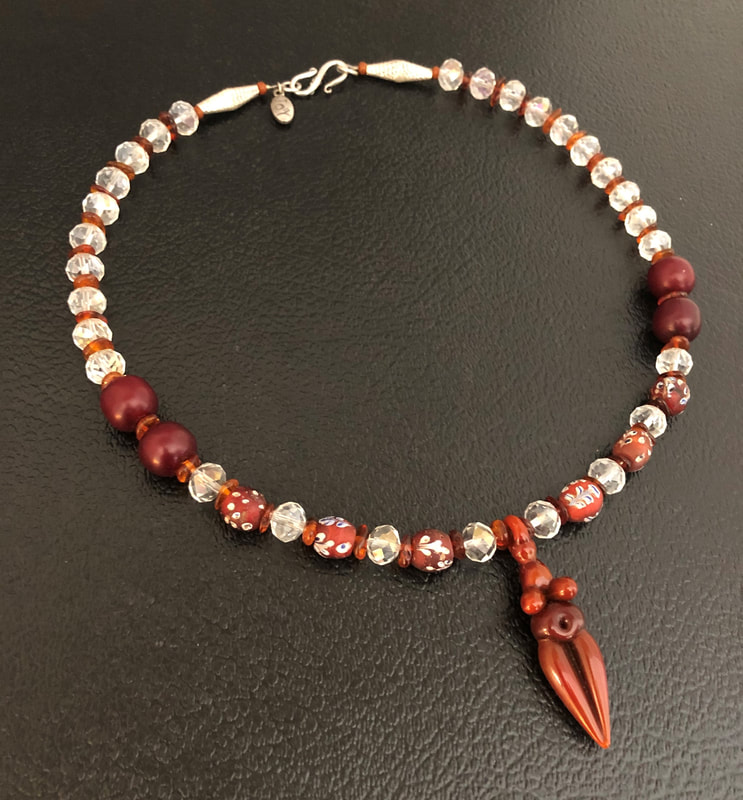 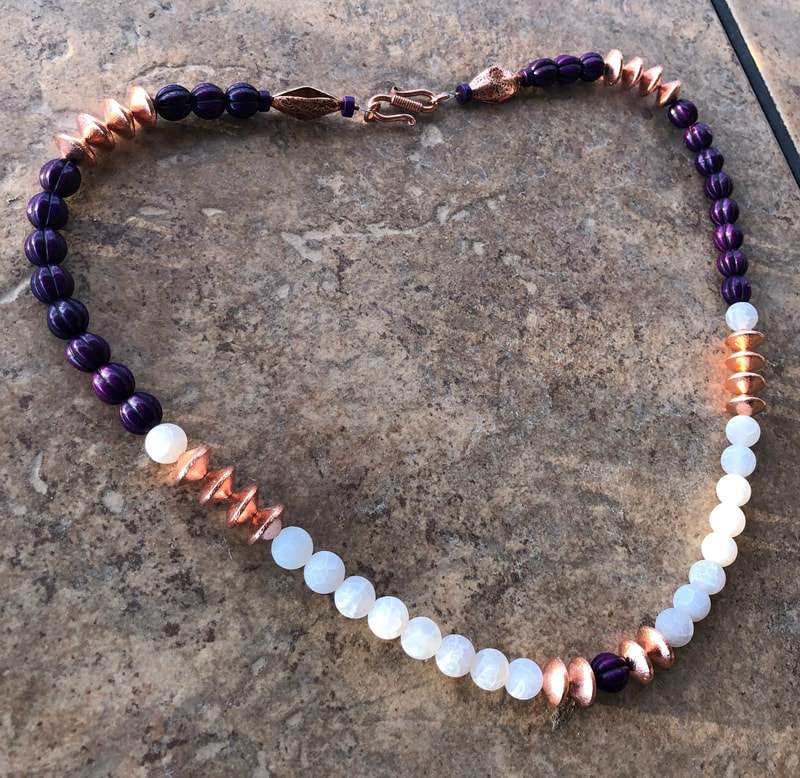 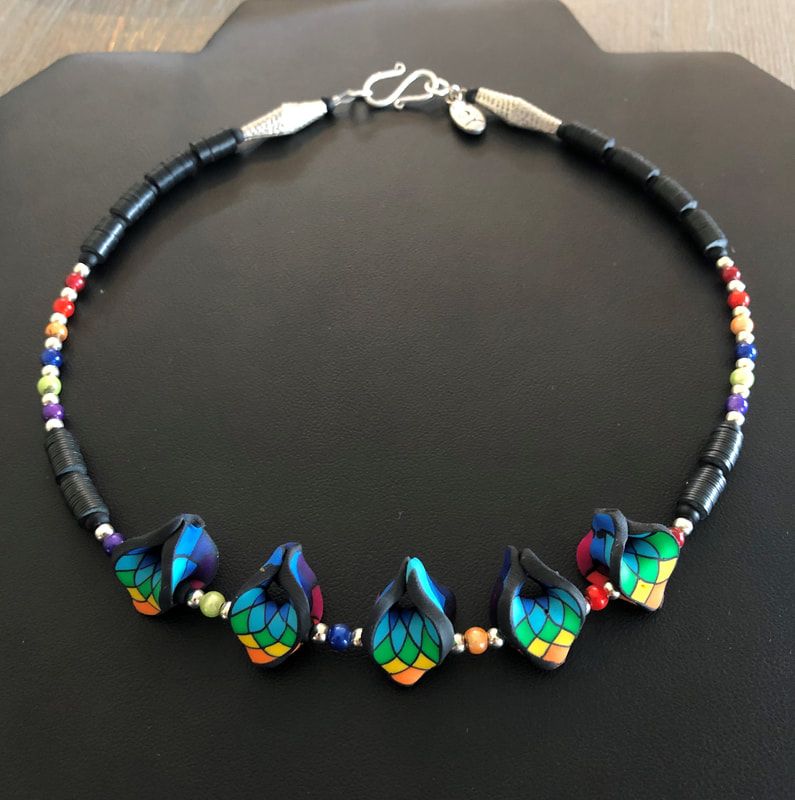 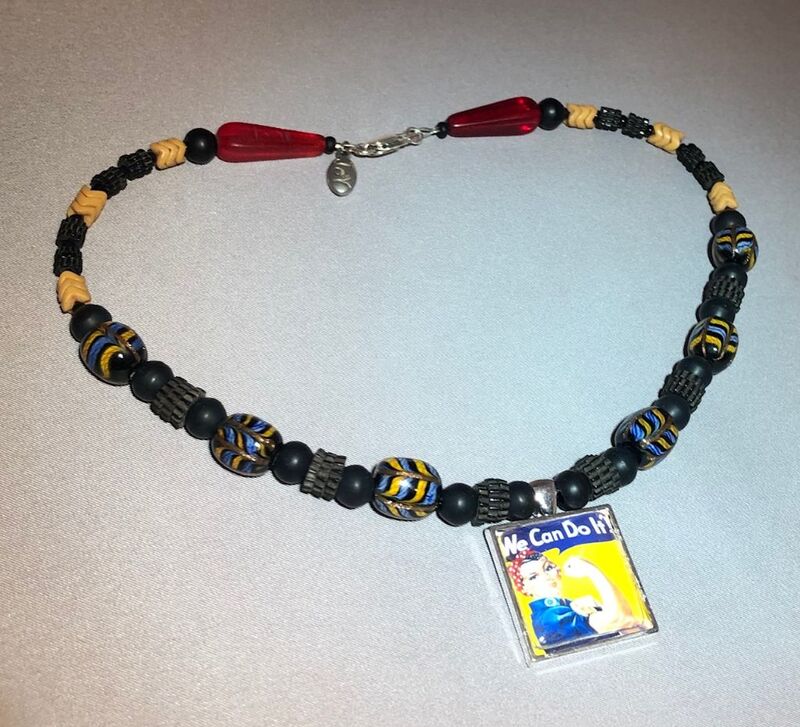 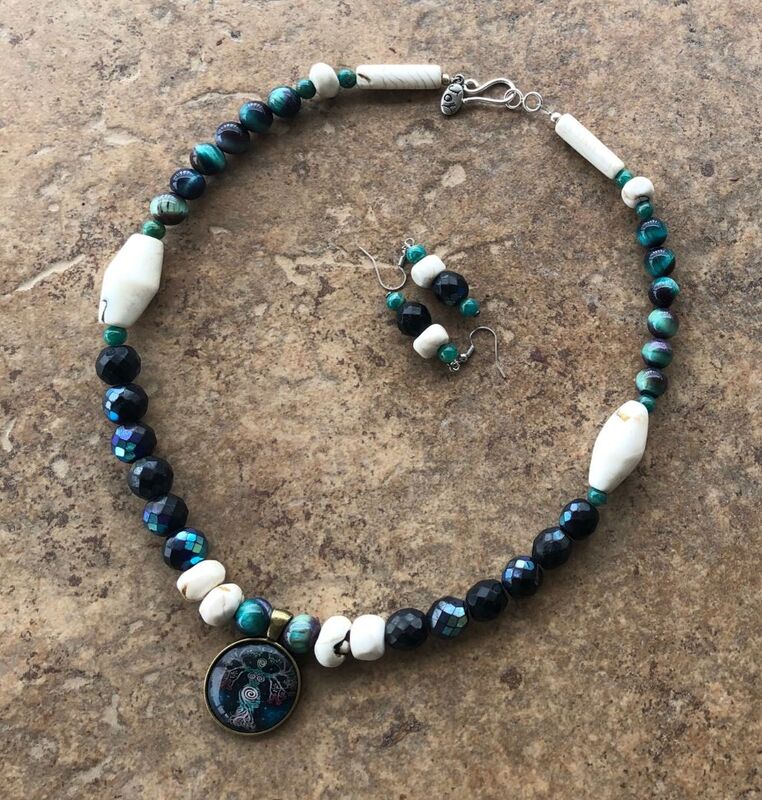 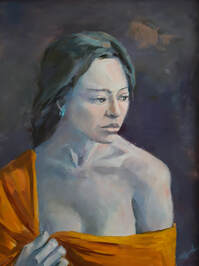 
"Adelitas."  My intent is to recognize the women who took up arms and fought alongside their brothers during the Mexican Revolution 1910 to 1920. At the same time, women in the United States where marching and lobbying for voting rights.  These women fought and died for the same right in Mexico.
Lucy Peterson Watkins  Fiber Expression
Throwing off their corsets
Flappers of the 1920s were young women known for their energetic freedom, embracing a lifestyle viewed by many at the time as outrageous, immoral or downright dangerous. Now considered the first generation of independent American women, flappers
pushed barriers in economic, political and sexual freedom for women.  for info and price of art click the images. 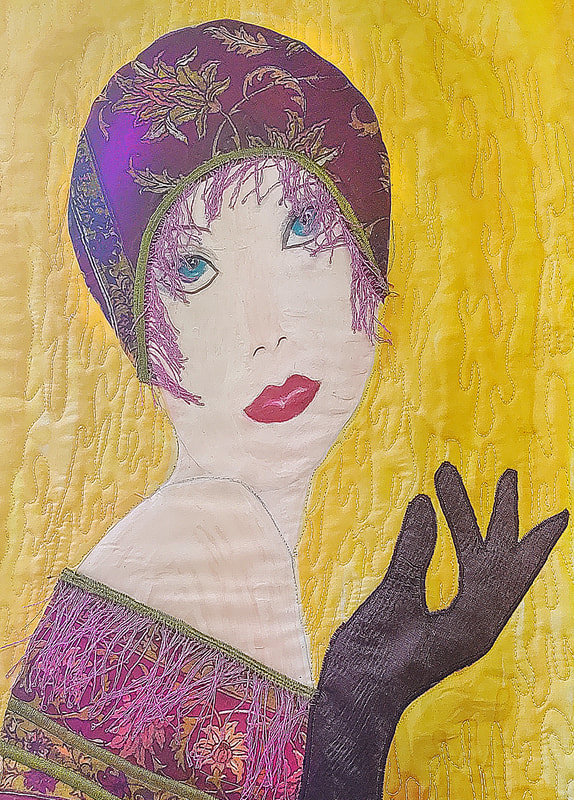 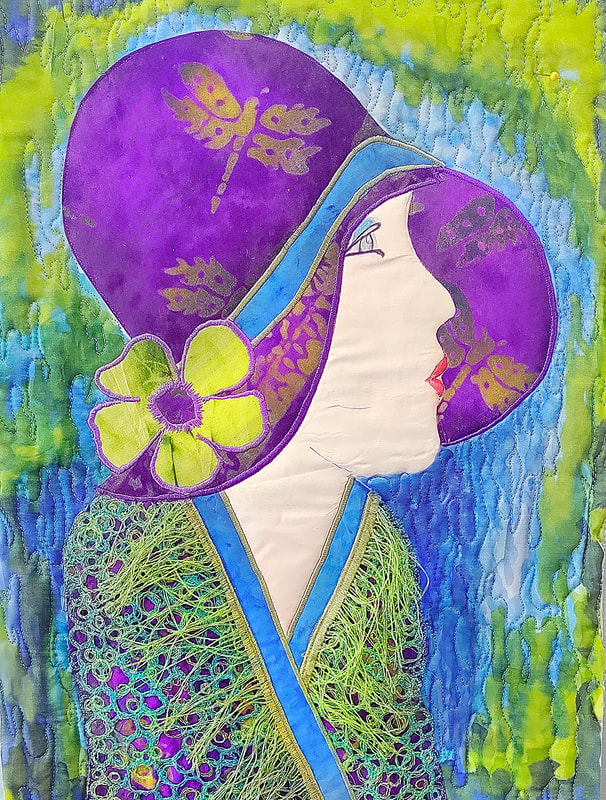 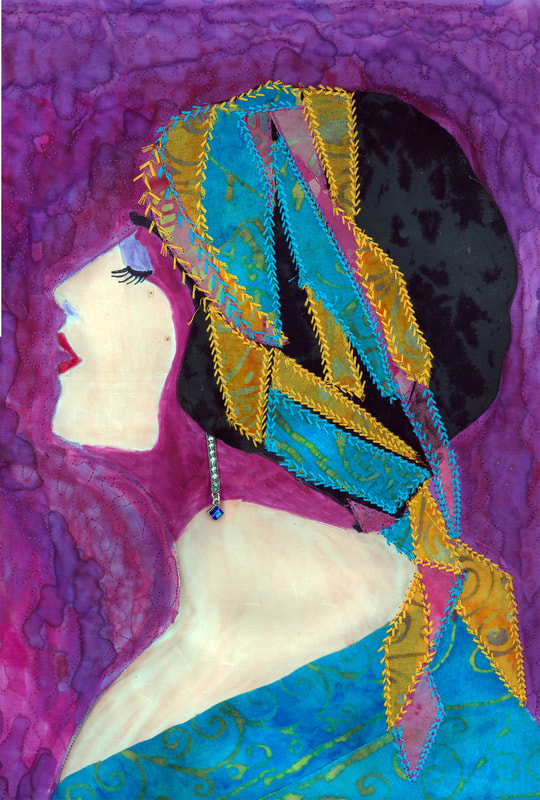 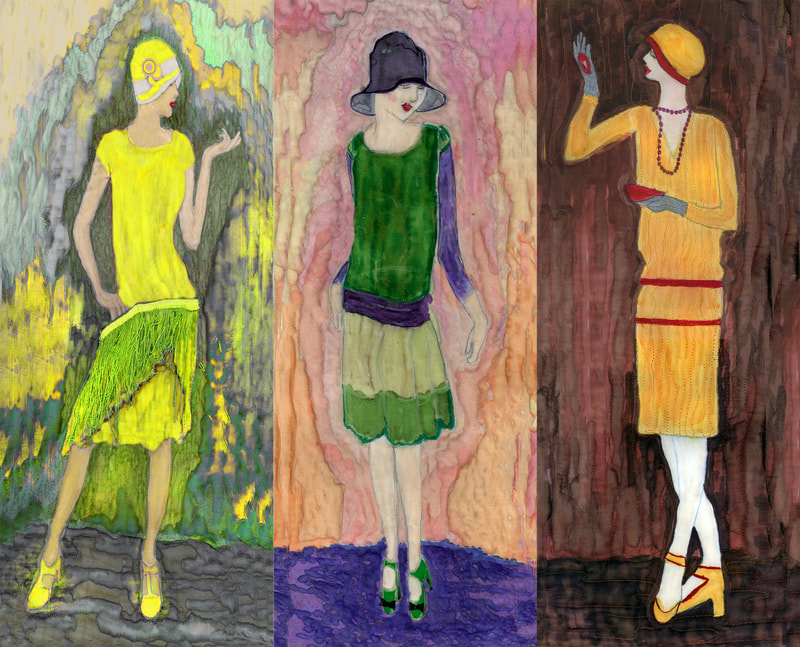 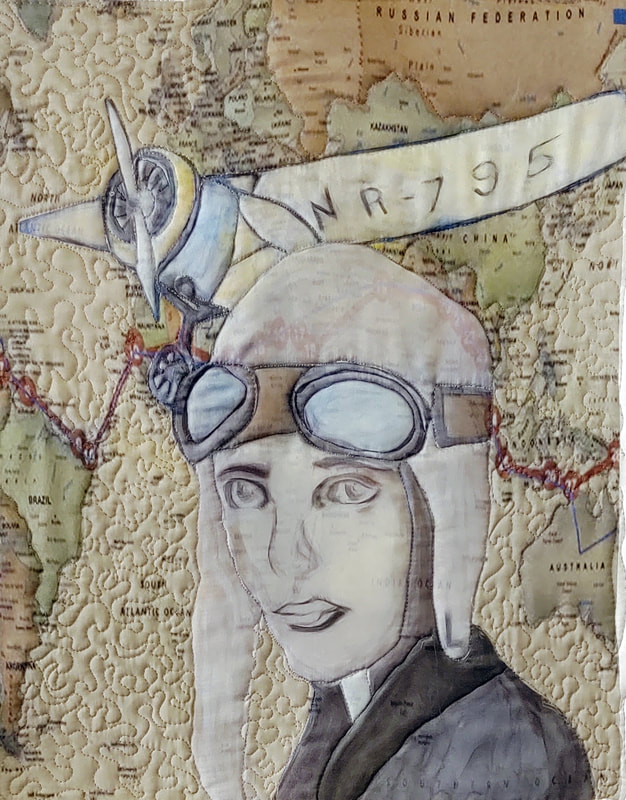 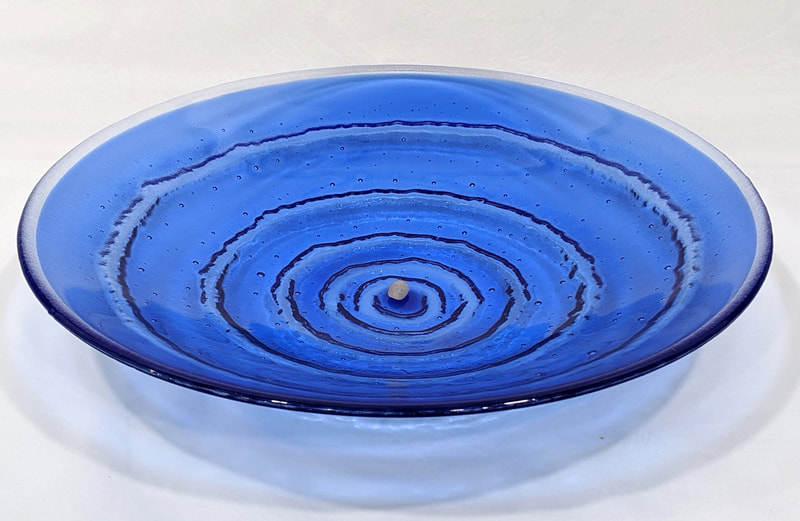 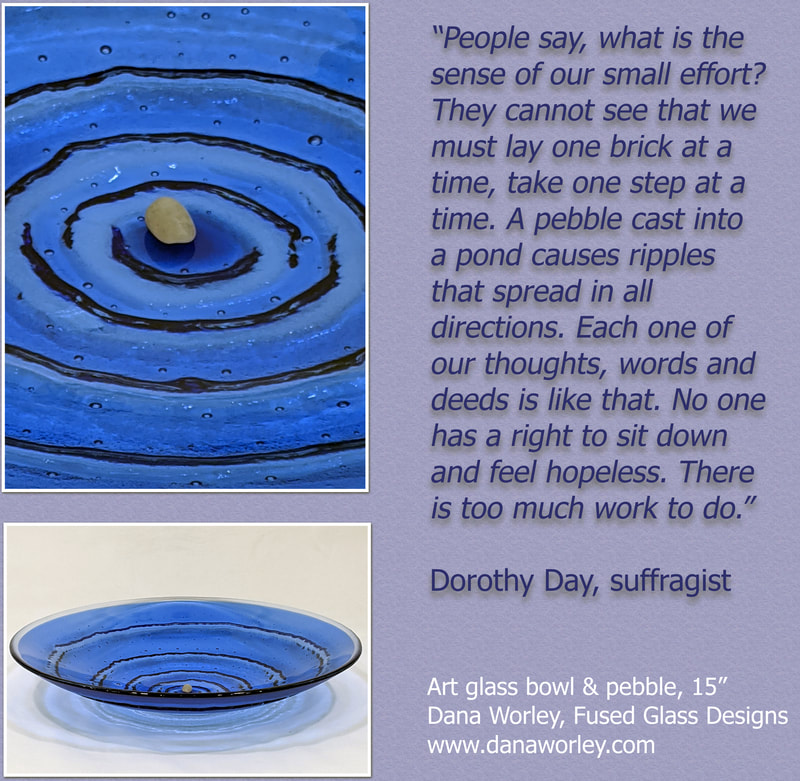 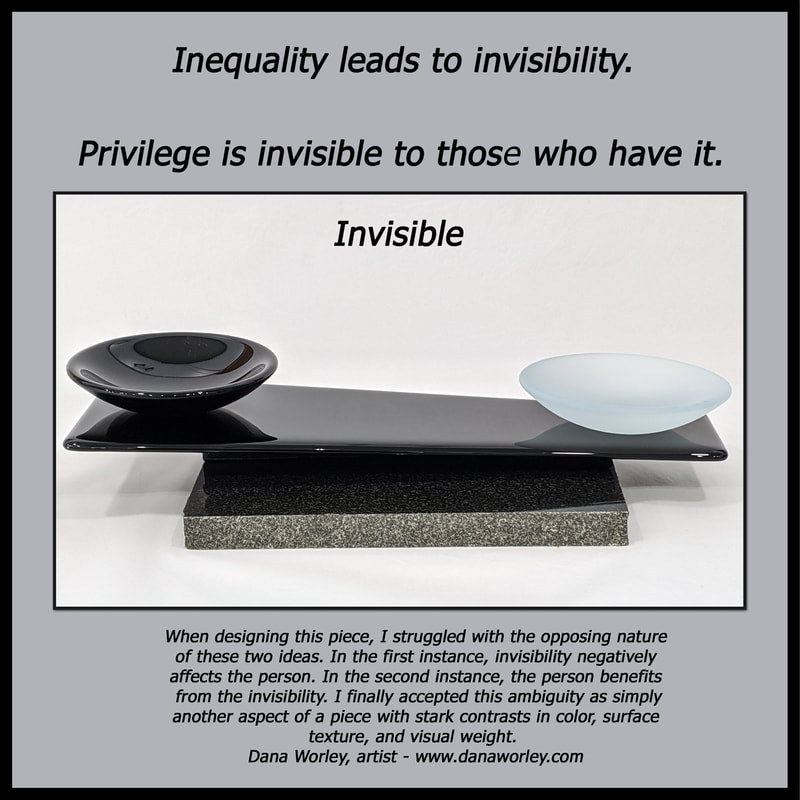 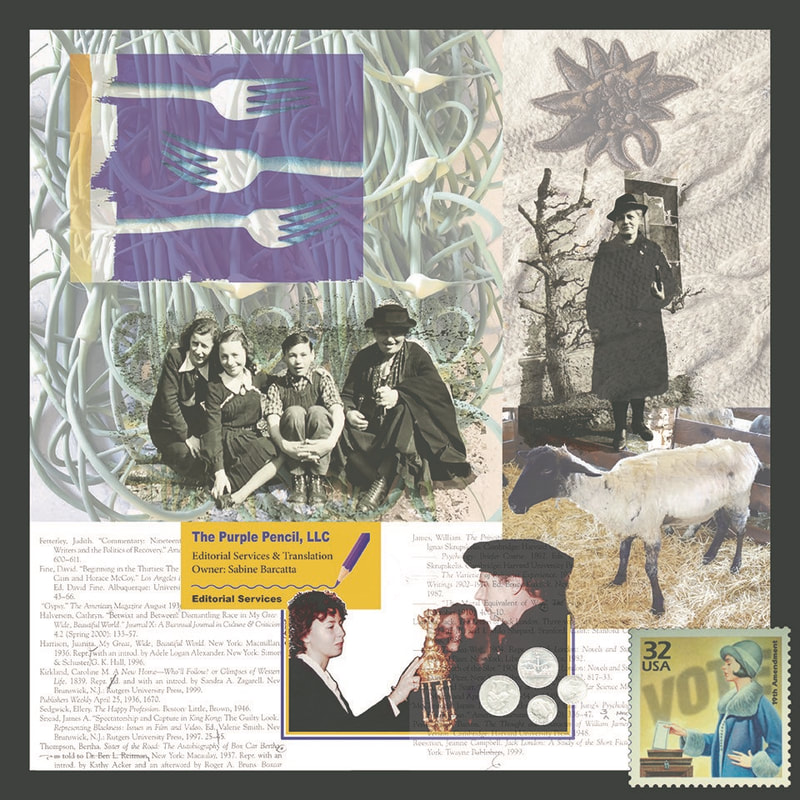 ​My piece reflects on the working mothers in my own family. My two grandmothers would have been young women in 1920. Despite much progress in terms of women’s rights, women are still largely economically disadvantaged. Exercising our right to vote is an important aspect in furthering women’s causes. 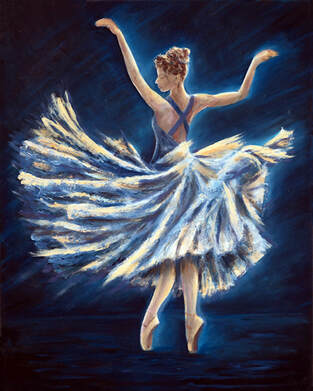 ​​Janette Leonhardt
​Freedom ~ Movement ~ Joy
This piece was made in celebration of the freedom granted not only to women but to all people to for the right vote. Freedom leads to movement; the right to vote is the right to have a say in your future, the right to express a once suppressed opinion. This freedom and movement forward leads to a heart filled with joy. My soul dances when freedom is given! Don’t you just want to dance when you hear of someone receiving a freedom they had never had before? Thanks to my beautiful niece Abbi and her dancing that inspired this painting.
​16x20    $790.00 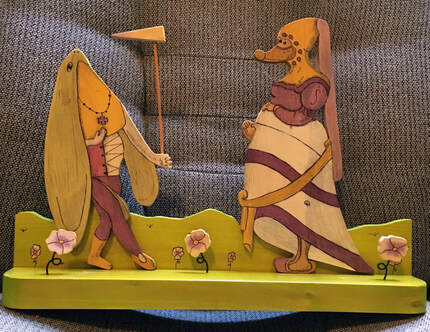 SUFFRAGE DANCE
Mitch Butterfield
In a scene similar to the first Utah vote in 1870, which was rescinded later by the Edmunds Tucker Act, the 1856 votes of two women in Australia were later disallowed when laws were amended to explicitly exclude women. This artwork features the platypus, a mammal native to Australia, which eats its weight in crustaceans every day. The Platypus Suffragist can be said to eat her weight in crustaceans old parliamentarians, and the songs of the cicada might celebrate her success in doing so.
Platypus Suffragist and Cicada Man wear the worldwide colors of suffrage indicated in the accompanying poem, including green, white, purple, and yellow or gold (which represent a yellow rose or the Kansas State flower). 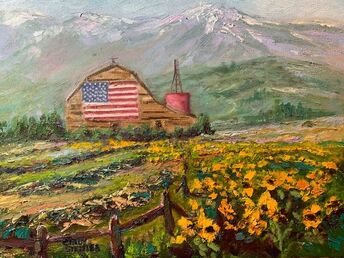 Starting from a seed, the sunflowers have grown tall with their faces always towards the sun.  The fences have been broken.  The established field of hay is now blended with yellow.  Both grew underneath the flag painted barn, representing hard work and a country of freedom where breaking through fences is not just a dream but a right.

“Claim the birthright of the free – equal rights and liberty” 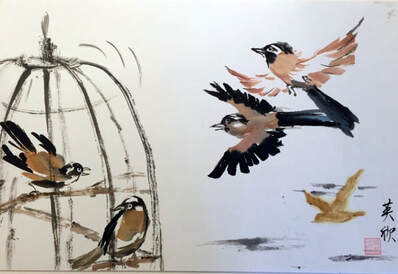